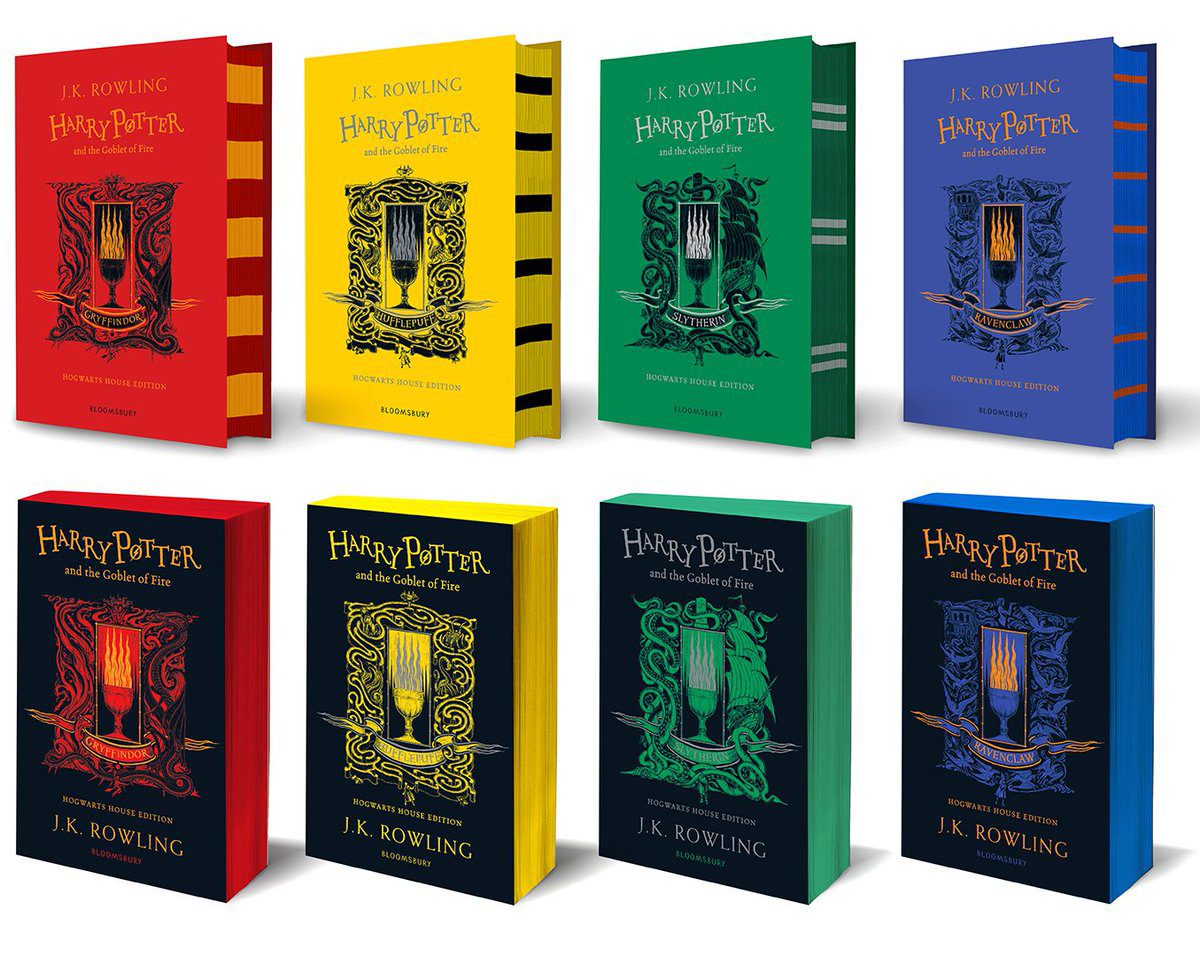 Clear a space on your bookshelf because it’s time to add to your collection of 20th anniversary house editions.

Harry Potter and the Goblet of Fire – the fourth book in JK Rowling’s famous series about the boy wizard – was first published in the UK in July 2000 and the special anniversary house editions arrive soon at Quizzic Alley. You can pre-order your copy here for dispatch as soon as they arrive.

The four Goblet of Fire house editions have been published in both paperback and hard cover and feature intricate cover and internal artwork by illustrator Levi Pinfold. Common to each edition is the central illustration of the flaming Goblet, while a vignette of iconography unique to each house adorns the jackets.

For Goblet of Fire, those illustrations feature an ‘element’ specific to each house: fire, earth, air and water. The red Gryffindor house edition (fire) is bordered by Sirius Black’s head in the fireplace, a Hungarian Horntail, Harry on his Firebolt and Mad-Eye Moody’s magical eye.

In addition, each book features an illustration of its respective house animal on the binding and new internal illustrations by Pinfold include Rubeus Hagrid (Gryffindor), Garrick Ollivander (Ravenclaw), Cedric Diggory (Hufflepuff) and Lord Voldemort (Slytherin).

Want more Goblet of Fire? Join us for Harry Potter Book Night on Thursday 6th February when we celebrate the Triwizard Tournament. Entry is free and there will be all manner of fun and magical things to see and do.