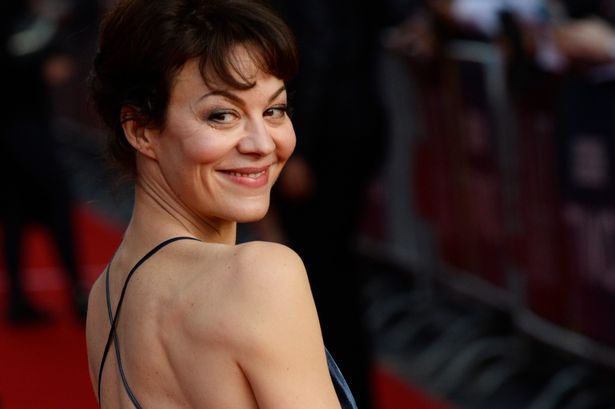 British actress Helen McCrory, who played Narcissa Malfoy in the Harry Potter movies has died, her husband said Friday. She was 52 and had been suffering from cancer.

Her husband, actor Damian Lewis, announced the sad news saying she died “peacefully at home” after a “heroic battle with cancer.”

“She died as she lived. Fearlessly. God we love her and know how lucky we are to have had her in our lives. She blazed so brightly. Go now, Little One, into the air, and thank you,” he said on Twitter.

Who could forget McCrory’s first appearance in the Potter series in the ominous Unbreakable Vow scene? She reprised the role of Narcissa in Harry Potter and the Deathly Hallows – Part 1, appearing in the meeting between the Dark Lord and his Death Eaters at Malfoy Manor, and Part 2, when the trio is brought to Malfoy Manor and during the Battle of Hogwarts. In a 2011 interview, she said she was sad the series was coming to an end and that her favorite scene was the Battle of Hogwarts:

“It was quite extraordinary standing in a line with the cast in full makeup and the Death Eaters behind you and tons of extras. And then on top of that, you had all the fires and explosions and the stuntmen running around. […] It was extraordinarily electrifying. I’ll never forget those 5 a.m. scenes in the midst of a cold winter morning in England.”

Other acting credits for McCrory include the James Bond film Skyfall and the Peaky Blinders television series. She also played the former wife of Tony Blair, Cherie, in the film The Queen and won a string of acting awards for her work on the stage and on television.

McCrory had two children with her acting husband Damian Lewis.