Quidditch: not just for witches and wizards

Caption: The Australian national quidditch team (The Dropbears) at the 2016 World Cup

Remember when Harry coughed up the snitch to win his first match of quidditch for Gryffindor?

Harry’s adventures playing quidditch are some of the most iconic moments in J.K.Rowling’s magical series. But did you know there are thousands of muggles all over the Muggle world playing quidditch?

Back in 2005, some college students loved Harry Potter so much that they decided to play quidditch themselves. They ran across their university lawn with lamps and mops between their legs and Muggle quidditch was born! In the years since, it has become a well-respected, very physical and strategic team game played almost exclusively on university campuses.

The Quidditch World Cup is held every two years with national teams from over 30 countries competing for the world title. In 2016 the Australian Dropbears’ 150-130 victory in the final made them the first team to beat the US since the competition started in 2012.

But how does quidditch work? Luckily, you’ve got a genuine Dropbear from the 2016 World Cup winning team to show you the basics.

Weirdly enough, quidditch works quite similarly to its wizarding counterpart, with a few small differences:

If this sounds like just the kind of chaos you’ve been missing from your life, check out the closest quidditch club to you. For Canberra residents, that’s the ANU Quidditch Club and you don’t need to be an ANU student to join!

To find a club, learn more or add a little magic to your life, check out Quidditch Australia.

Quizzic Alley has lots of cool merch with a Quidditch theme. Here are a few of my favourites: 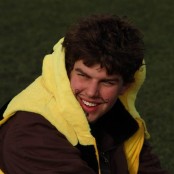