Who or what is MinaLima? 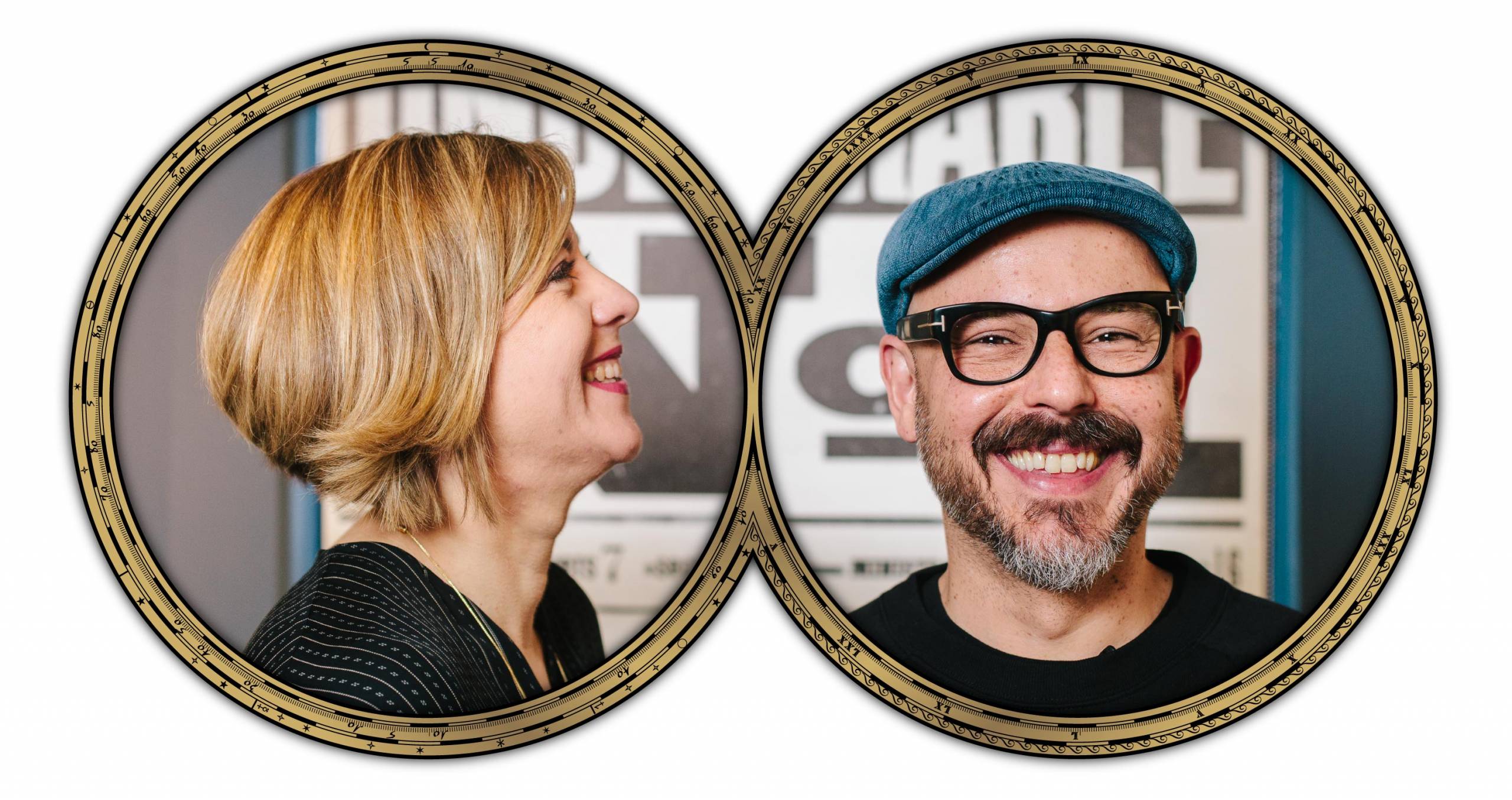 Did you get your copy of the recently released new imagining of Harry Potter and the Phisopher’s Stone? It is adorned with paper craft features and special fold-out pages, artistically recreating the likes of Diagon Alley and, naturally, Hogwarts School of Witchcraft and Wizardry. You can even immerse yourself in a pop-out Great Hall feast and (almost) join the festivities yourself. 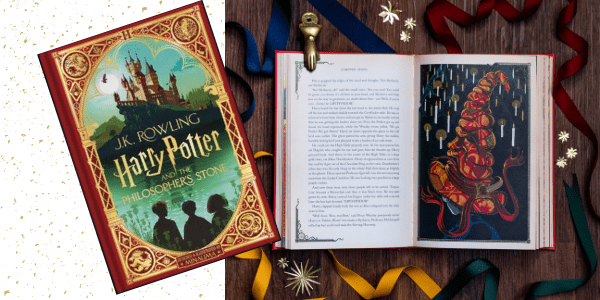 This amazing and beautiful book is yet another graphic masterpiece from MinaLima, the design team behind the Harry Potter film series. They’re currently putting the finishing touches to The Chamber of Secrets, due to hit our shelves in November.

Miraphora Mina and Eduardo Lima (real names that would not be out of place at Hogwarts) worked together on graphic design elements for Harry Potter and the Philosopher’s Stone way back in 2001, starting with perhaps the world’s most famous letter – to Harry from Hogwarts on his 11th birthday.

Other items like the Marauder’s Map, The Daily Prophet, the howler, those WANTED posters…they’re iconic images, instantly recognisable the world over.

We absolutely love the graphic details in each of the seven films and how, over the course of the series, they changed to reflect the mood, the time and the different themes. Ever notice how, when watching one of the movies for the umpteenth time, you spot something new, a detail in the background that you’re certain wasn’t there before? That’s MinaLima at their best!

Consider the dark and brooding yet stylish Black Family Tree in Harry Potter and the Order of the Phoenix; it might appear to be just background, but look closely and you will see beautiful and detailed portraits of Black family ancestors. It becomes apparent that a lot of research, time and talent is invested here. Check it out for real on the wall at Quizzic Alley in Sydney. I suggest you take a really close look.

Mira and Eduardo’s collaboration led them to form their own graphic design company, MinaLima, in 2009, a gallery and store in London that showcases their entire treasury of graphic works. It is from here that they continue to produce new and magical Harry Potter themed merchandise, alongside the original pieces we all know and love.

Quizzic Alley is so excited to announce that we now stock MinaLima products including journals, greeting cards, posters, wallpaper and wrapping paper – for sale at our stores in Sydney and Canberra and online. Check out all the gorgeous Mina Lima goodies and pre-order your copy of Harry Potter and the Chamber of Secrets.